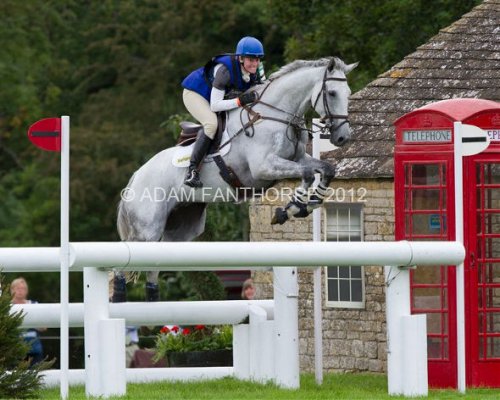 Axil was bought as a green and inexperienced 5 year old from Kevin Rose. Olivia had produced him since then and he has taken time to mature but won Ballindenisk CCI** 2010. He jumped double clear round Bramham CCI***, his first competition at this level and finished 16th qualifying him for Badminton 2012 which was unfortunately cancelled. 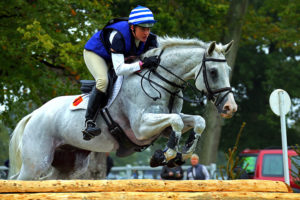 Bred in Portugal by Michael Stilwell, Olivia bought him from there as an unbroken 3 year old. 2010 was his first proper season eventing and he won at BE100 level, gaining 54 foundation points. He has been placed at novice level 2011 and aiming for CCI* this autumn. He started 2012 on Novice points and with a number of wins he progressed to Advanced points mid summer. Placed 6th at Balcarres and Ballindenisk CCI**